Change Your State, Change It All – Why I Didn’t Like What I Saw in the Mirror 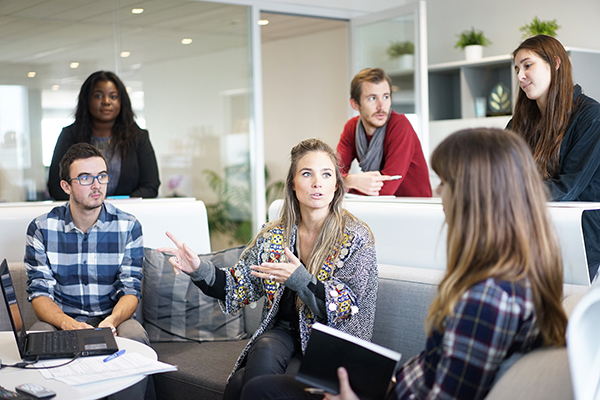 Tony Robbins often says that he feels his success can be attributed to the fact that he “manages his state” better than most people.

“Learning to put yourself in a peak state consistently is one of the greatest gifts you can give yourself and your life. It can transform your stories and give you the strategies to break through.”

Managing my state went out the window last night when confronted with someone that presented personality traits that I dislike. In retrospect I experienced a side of myself that I did not like at all. By focusing on what I perceived as “what was wrong with her”, I could not focus on the message she was sharing and I displayed the passive/aggressive behaviour that I abhor in other people. It is very possible that there may have been value in what she was saying but I did not hear it because the instant she started to speak, I tuned her out. This was an ugly moment that I do not want to repeat.

I wonder, if when we dislike someone, does it have more to do with the fact that the other person’s personality differs greatly from our own rather than who they are as a person. Someone else at the meeting touched her hand and complimented her on her idea. Was this to take back control of the meeting, or was it a sincere compliment. I will never know because I did not listen to what she said. My behaviour last night was inexcusable, not because I was rude or said anything in appropriate but because rolling my eyes said more than words ever could. Although she may never read this, “I apologize if I offended you”.

Everyone has a need to be liked, to have a supportive circle of family and friends. Who those friends are will be determined by similarities and I suspect that culturally the two of us are very different. I developed some very strong core beliefs around politeness, asking permission and respect. If someone pushes an agenda or product at me without asking if I am interested or if they demand information from me that I do want to give, I feel disrespected and angry. If some yells or criticizes me without giving me a chance to present my side of the story, the conversation is over and it will be a long while before the communication resumes. Normally I will go out of my way to assist people or to promote someone’s business and to help in any way I can. Conversely when I feel disrespected, I close myself off from those people.

My ex-husband, Jurek, was Polish and came to Canada when martial law was in effect in Poland in 1981. One of his friends, coming home from a wedding, had his teeth knocked out by the police because he was out past curfew. Needless to say, Jurek had some very strong beliefs around government, police and authority that were very different than mine. I remember driving into Vancouver with him the day the Sikhs were marching to their new temple in North Delta. There were police officers stationed on all the street corners for crowd control however I did not know why they were there at the time. I asked Jurek to pull over because I wanted to find out why there were so many officers on all the street corners. He adamantly refused and stated, “You don’t ask questions, you don’t get hurt!” I was so shocked that when we got to his brother’s home I immediately got on the phone to call the Delta Police. The phone was yanked out of my hand and hung up.

Managing Your State – The Solution

Understanding where a person is coming from or how they were raised gives you an insight into the world through their eyes. The woman from the meeting last night is from eastern Europe so quite possibly the way she approaches people and business is the result of the type of experiences that Jurek had early in life and the way he viewed the world. Whether or not, I get to know her better remains to be seen. By focusing on similarities, it is possible a better working relationship could be developed. In leaving the meeting last night, I was mentally pointing a finger at her and “making her wrong”. I now accept my responsibility in the situation and will manage my state better next time. It has been said, “We are who we hang around with”. The circle of friends, I aspire to have in my life, are inspiring, thought leaders, passionate, supportive, motivated people, who focus on massive action. My focus is changing my state when I experience what I define as negative encounters, emotions or results. Working towards developing a more compelling, passionate and vibrant presence matched with massive action will definitely change my results.